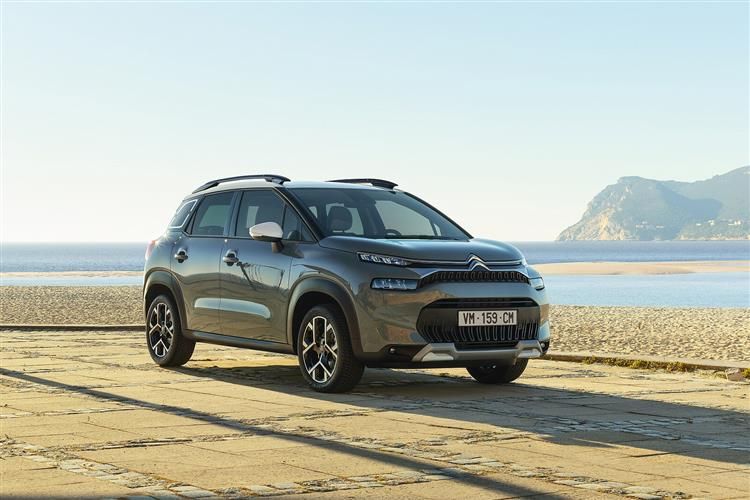 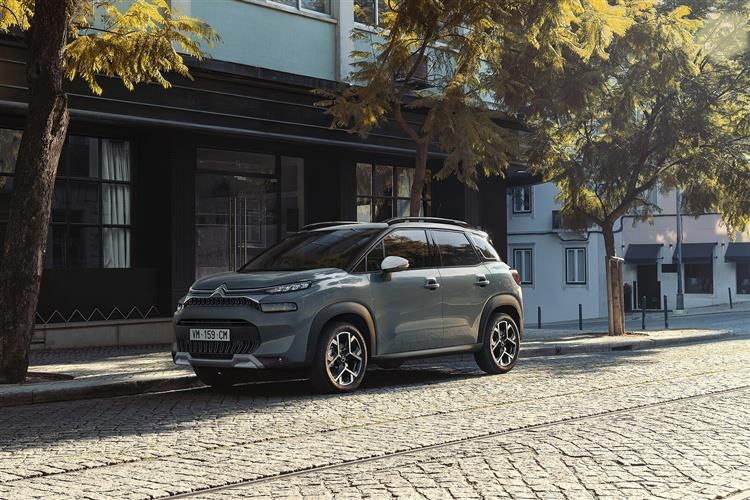 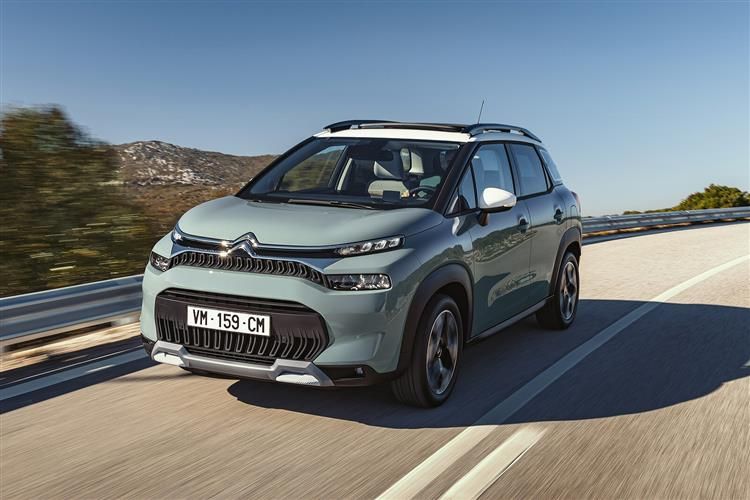 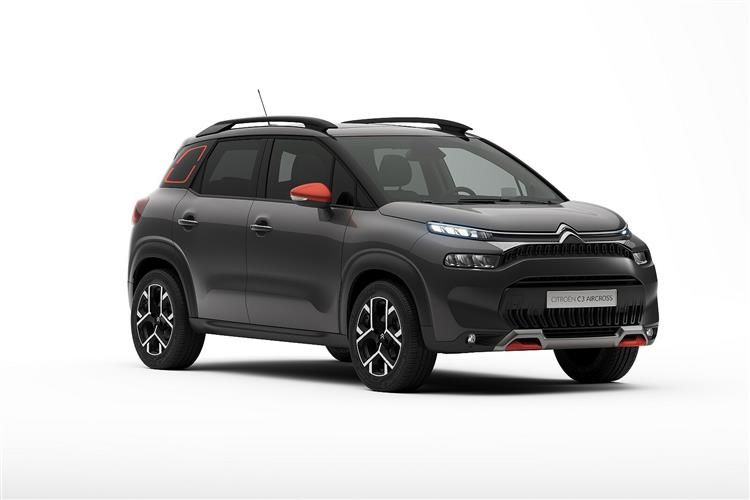 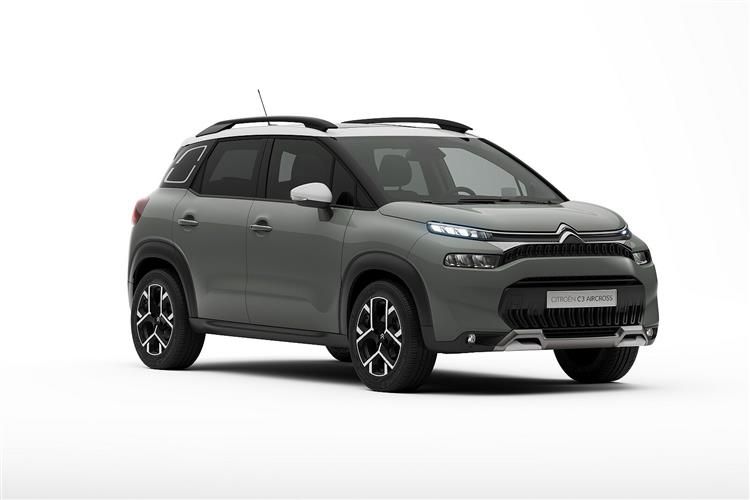 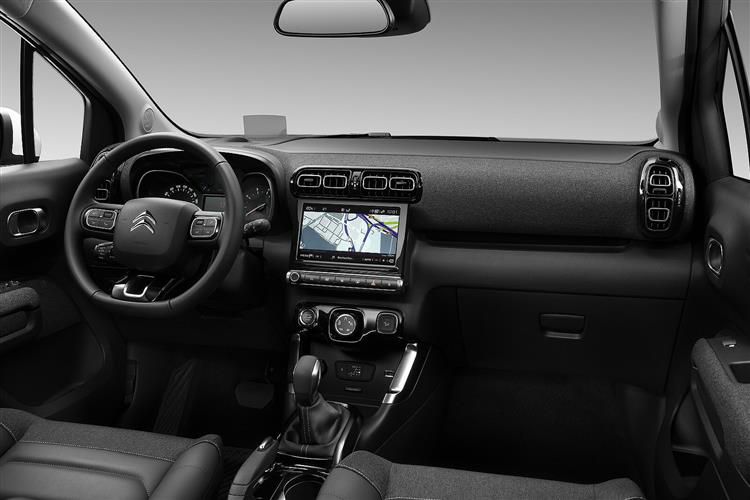 Citroen has gained for itself a useful slice of the lucrative small SUV market with this car, the C3 Aircross. Jonathan Crouch checks out the revised version.

Just because a car is fashionable doesn't mean it can't also be practical too. For proof of that, Citroen brings us this C3 Aircross, now usefully revised in this updated form. This complete and highly personalisable package is their idea of what a little SUV should be.

What if you could have the style and adventurous feel of a small SUV. Combined with the interior space and flexibility of a small MPV People Carrier? It's a combination of virtues that many brands have promised. But which possibly this car actually delivers - the Citroen C3 Aircross. It first went on sale in late 2017 and prior to the launch of this facelifted version in early 2021, over 330,000 examples had been delivered. Which proves that it isn't only the French who like practical, rational cars. Gallic brands were first to popularise the MPV. And amongst the last to embrace the contradictory charms of the modern affordable family SUV. Why, they ask quite reasonably, would you want to take a supermini or family hatchback and, in pursuit of some mythical lifestyle orientation, make it heavier, clunkier, less efficient and less practical? What though, if those downsides could be minimised and the SUV in question could offer all the interior versatility you used to need one of those small supermini-MPVs to get if you required it in a really compact little car? Well that's the thinking behind this C3 Aircross, here usefully improved.

The engine line-up hasn't changed much, so as before, it's broadly shared with its C3 supermini stablemate, though this SUV-orientated model steers clear of the feeblest C3 units. The range starts with a three cylinder turbo petrol 1.2-litre PureTech 110 unit only offered with 6-speed manual transmission. If you want a petrol auto, you'll need the same engine in PureTech 130 guise, which is only offered mated to Citroen's EAT6 auto 'box. This is the latest Euro 6.3-compliant powertrain, which meets the very highest European emission standards. If you want a diesel, there's the usual 1.5-litre BlueHDi 110 unit, mated to 6-speed manual transmission. Ride quality is a little softer than the segment norm - which typical Citroen owners tend to like. This would-be SUV introduced new technologies to the C3 range, including Grip Control with Hill Descent Assist to help in the very unlikely event of an owner being brave enough to take this little Crossover off road. The enhanced traction system clams to provide control and safety even on steep inclines, reducing the risk of slipping or acceleration as the vehicle descends in forward or reverse gear.

Citroen has taken the opportunity to entirely re-design the front end of this C3 Aircross, reflecting the brand's current styling 'language'. There's a fresh LED headlight signature, while the chrome-trimmed chevrons of the badge on the bonnet have been updated, extending out towards the LED lights - similar to the look on the latest C3 and new C4 models. There's also a revised front grille with a smarter geometric pattern and a restyled aluminium-grey skid plate with coloured inserts that are supposed to enhance this model's sturdy appearance. A higher-set bonnet is the final design change at the front. As before, this model aims to dominate the road with its raised ground clearance, elevated driving position, front and rear skid plates, large wheels and wheel arch extensions. The body styling is underscored by strong graphic features such as touches of colour on the roof bars, and the 'Venetian Blind' rear quarter-lights. Inside, there's a re-styled central console featuring a large storage space at the rear that can be accessed by both the front and rear passengers - and closed with a sliding shutter. Citroen also now offers its thicker, more supportive 'Advanced Comfort' front seats on plusher variants. Otherwise, things are much as before. The car's centre-dash 7-inch colour touchscreen is there to de-clutter the dashboard but goes too far by including ventilation controls and concealing them behind menus that can be awkward to instantly access when you're using the screen's other functions. As for practicality, well there's a split sliding and folding rear bench, plus 60/40 split-folding and adjustable seat backs. The boot is large by class standards at 410-litres and can be further extended up to 520-litres with the sliding rear bench option. Fold everything down and up to 1,289-litres of fresh air will be on offer.

Prices start at around £17,500 and there's a choice of three trim levels, 'C-Series', 'Shine' and 'Shine Plus'. Many buyers will be opting for the latter two spec levels, in which case a budget in the £20,500 to £22,000 bracket will be needed. With this revised model, the number of potential personalisation options has been increased. There are now 70 exterior combinations in total, including seven different body colours and an exterior bi-tone roof available in three colours which can be complimented by one of the four exterior colour pack options. Inside, customers can select between five different interior ambiences comprising of special seat upholstery, a range of dashboard textures and door panel designs, and touches of colour on the central console surround, steering wheel, air vents and seat backs. Connectivity and infotainment is taken care of via a 7-inch touchscreen which groups together the key vehicle functions such as air conditioning, radio, telephone and Sat Nav. Safety-wise, there are up to 12 driving aids, including a colour Head-up Display, Speed Sign Recognition, an Active Safety Brake system, Intelligent Beam Headlights, Park Assist, a reversing camera, Lane Departure Warning and a Blind Spot Monitoring set-up.

If the automotive market was sensible and rational, this would be a small MPV. As in many ways it is: just one with an SUV mindset. We like that combination and there's no reason why potential buyers shouldn't too. The C3 Aircross might not be especially fun to drive but few B-segment SUVs are. What matters is that it's fun to look at and fun to sit in, which ought to also make it fun to own. When it all comes down to it, this is an appealing, distinctive and nicely equipped little SUV. Unlike most cars in this class, it's actually feels better on the road than the supermini it's based on and offers an awful lot more than the ordinary C3 in return for the reasonable premium in price being asked. It's Citroen's idea of what a small Crossover of this kind should be - and that makes it a little different from your other choices in this class. Which might mean you'll end up liking this car a lot more than you thought you were going to. 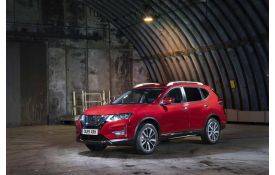 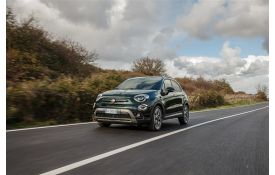 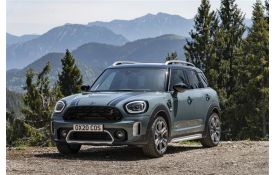 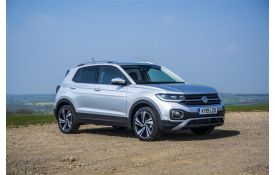