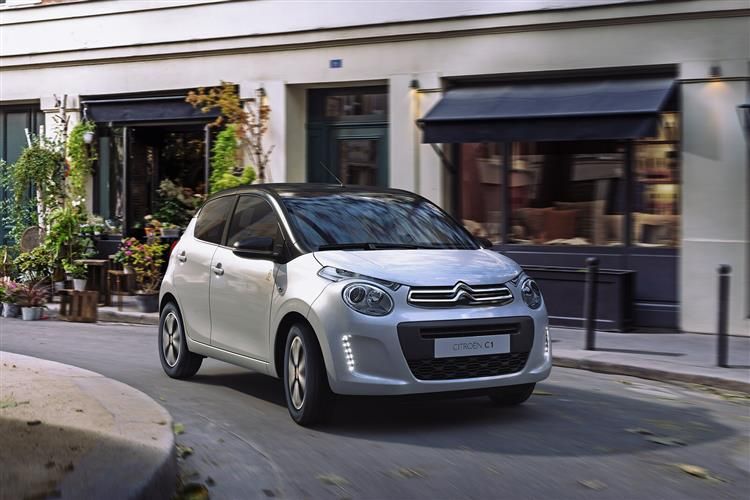 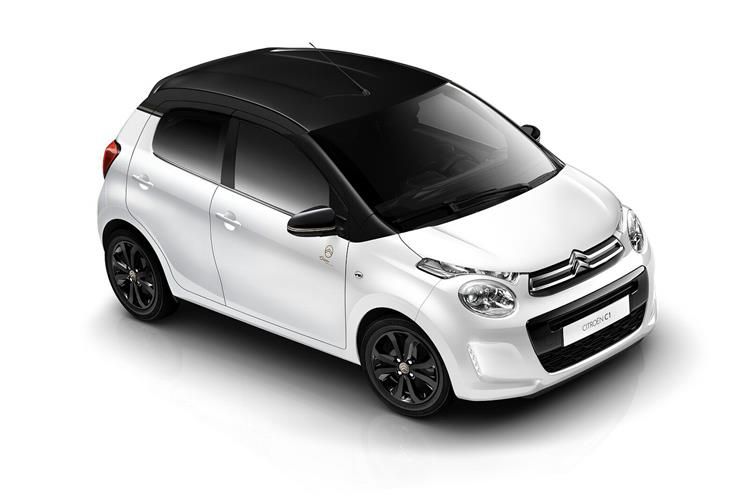 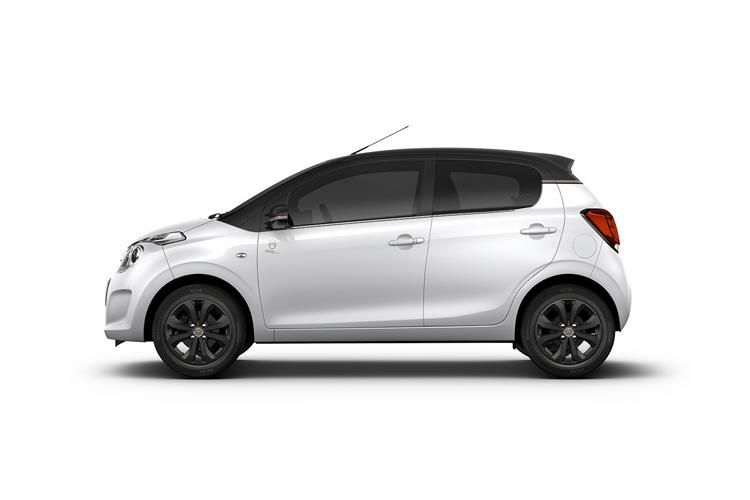 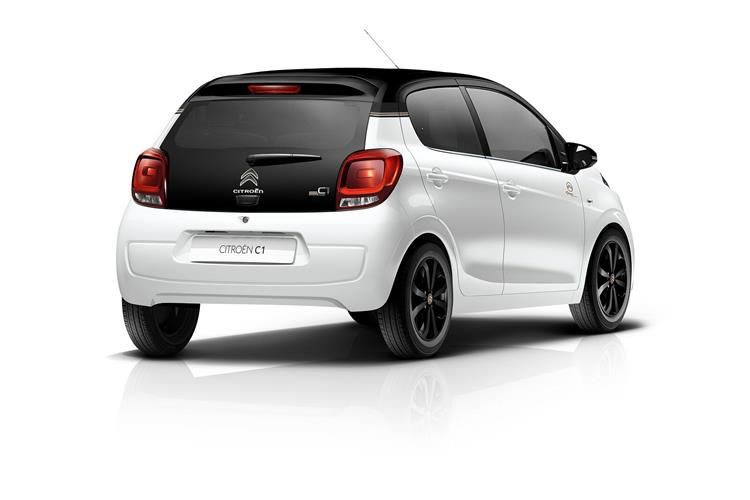 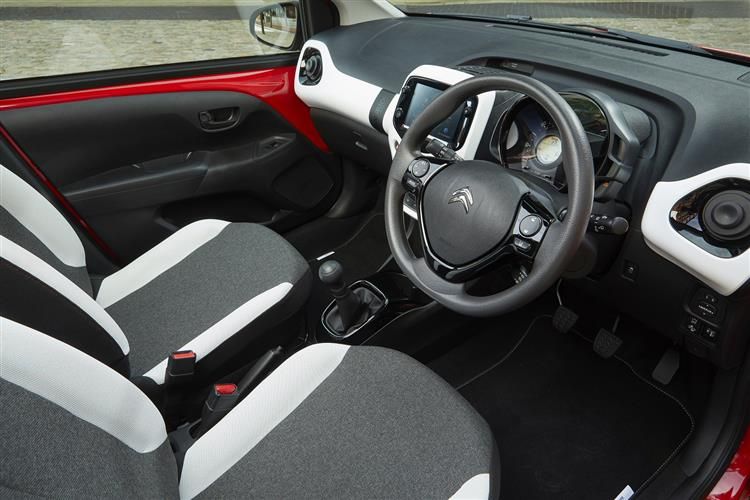 The Citroen C1 aims to boost its appeal with a fresh entry-level variant and a frugal VTi 72 Euro6d petrol engine. Jonathan Crouch reports

The Citroen C1 used to be a smart pick if you were after a cheap and cheerful city car. The latest version isn't content with being a budget option; it's tilting at the class lead. With improved comfort, extra safety and connectivity equipment, and a frugal 1.0-litre engine, it's in with a shot.

Earlier generation versions of the Citroen C1 offered cheap, cheerful transport - but not a lot else. This second generation model though, launched in 2014, has tried to give us a bit more, with trendier looks and even the option of a fabric-roof version. But competition in the citycar sector is fierce, particularly from this model's near-identical design stablemates, the Peugeot 108 and the Toyota Aygo, which both roll out of the same Czech factory. Hence the changes recently visited upon the C1 range. You might be surprised at how sophisticated this car's now become.

The C1 driving proposition has always been pretty straightforward. It's a citycar that's small, manoeuvrable, easy to see out of and, as you realise very early on jinking about town, very simple to operate. Original versions of this second generation model could be had with two three cylinder VTi petrol engines, a 1.0-litre 68bhp unit and a 1.2-litre 82bhp powerplant. These units have in more recent times both been replaced by a brand new VTi 72 Euro 6.d-TEMP engine, which comes only with a 5-speed manual gearbox. Urban-bound folk will appreciate the light steering and a kerb-to-kerb 10.2m turning circle so tight that even if you spot a parking place on the other side of the road, you may be able to throw a quick U-turn to snaffle it. When reversing into a narrow bay, it's almost comical how little car there is behind the rear seats and it's worth remembering that you can afford to leave yourself some breathing room at the back. Parking like this is especially easy thanks to the light power steering that'll twirl you easily into the smallest slot.

The C1 is offered in both three and five-door versions and there's a soft-top 'Airscape' fabric folding roof if you want it. In recent times, the car has gained a few minor styling changes. The distinctive glass tailgate back panel features a smarter chevron badge and a new Citroen monogram located above the boot handle. The vehicle is signed 'C1' in the latest Citroen typeface, on the lower right side. Otherwise, it's as you were, this car distinguished most overtly by a very unusual front lighting graphic. This comprises of a vertical LED daytime running light above which there's a big round headlight pod with another lighting strip that forms an 'eyebrow' above it. Citroen has clearly worked at creating a visual continuity between the windscreen and the side windows, with a swooping waistline and blacked-out windscreen pillars. The interior of the C1 is bright and airy with a colourful theme. Designed with clean, structured lines, the dashboard features bright colours on the multimedia panel, air vent trim and gear lever base. The door panels also include body-coloured inserts. There are storage compartments throughout the cabin with cup holders and a glovebox able to hold a one-litre bottle. The 196-litre boot isn't very large but it's easy to access, with the parcel shelf folding away when the tailgate is opened. With the rear seats folded, boot capacity increases to a respectable 780-litres.

The C1 city car line-up is now based around three trim levels: 'Urban Ride', 'Shine' and (if you want a folding fabric roof panel) 'Airscape Shine'. Prices start from around £13,000. The fixed-top trim levels comes with the choice of either three or five doors; the 'Airscape Shine' variant is five-door-only. With 15-inch 'Comet' wheel trims that enhance the body styling, flared wheel arch extensions and dark-tinted windows, even base 'Urban Ride' trim gives you quite a distinctive style. Available as standard in a 'Nude' body colour, drivers have the option of personalising their Citroen C1 Urban Ride in a range of tones, including Scarlet Red, Ural White, Calvi Blue and Caldera Black, while an optional bi-tone Caldera Black roof adds to the Urban Ride's appearance. Inside, the cabin is finished with stylish Metropolitan Grey fabric, and the leather-trimmed steering wheel and gear knob continue this model's urban style whilst maximising comfort at the driver's fingertips. Drivers are also able to enjoy a host of entertainment services through the 7-inch touchscreen, thanks to Apple CarPlay and Android Auto. The plusher C1 'Shine' variant sports 15" alloy wheels and also gets a speed limiter, rev counter, reversing camera, electrically heated and adjustable door mirrors, a leather steering wheel and dark tinted rear windows. Available options include automatic air conditioning, automatic headlights, keyless entry & start and styling details such as black leather upholstery and White and Sunrise Red colour packs. Recent changes to the range include the addition of fresh paintwork colours. And fresh driver aids like Active Safety Brake, Lane Departure Warning, Hill Start Assist, Reversing camera, Keyless Entry and Start and a Speed Sign Recognition and Recommendation system.

Citroen would have ticked the fail box quite comprehensively were this C1 not particularly clean and efficient. Keeping the weight down to well under 900kg has helped, as has fitting ultra low rolling resistance tyres. Expect up to 58.9mpg (WLTP) on the combined cycle from the new Euro 6.d-TEMP VTi 72 petrol engine - and up to 108g/km of CO2 (WLTP), which is very class-competitive. Insurance groupings range from 6E, which means that the C1 makes a great choice for newly qualified or younger drivers looking for their first car. Here, it'll probably help that the body panels are designed to pop straight off, which makes accident damage cheap and easy to fix. Talking of maintenance, it would be good if Citroen (and Peugeot for that matter) felt able to match the five year/100,000 mile cover that Toyota offers on the Aygo: here, you merely get the usual 3 year/60,000 mile Citroen package. Still, on the plus side, you'll find that most spares are inexpensive, as you have the choice to source the majority of mechanical items from a Toyota or a Peugeot outlet as well as from a Citroen dealership. There's also three years warranty against rust and 12 years of anti-corrosion protection.

The Citroen C1 is an interesting case. On the face of it, this model looks like the car that's going to lose out against the boldly-styled Toyota Aygo and the more punchy badge equity of the Peugeot 108. The Citroen, it would seem, is only going to make a persuasive case for itself if dealers can do some savage price undercutting. That's the received wisdom. The facts may well play out rather differently. I like what Citroen has done in offering more choice than citycar customers are accustomed to. There's three or five doors, a frugal little petrol engine, five core trim levels and beyond that the personalisation options. If you want your citycar just so, without having to compromise, the C1 is going to be one of the first places you go. Otherwise, things are much as it's always been. The C1 is going to continue to appeal to those who just want cheap wheels and it's still going to cost a pittance to run. The thing is, it's got more in its armoury than just low running costs now. Its rivals will need to keep a very watchful eye on how this plays out. 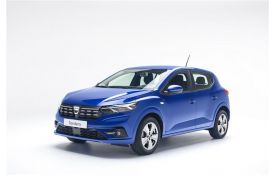 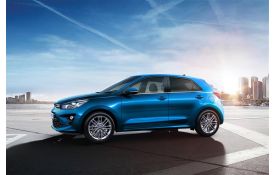 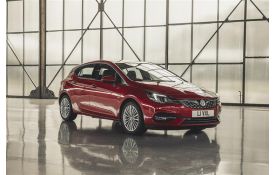 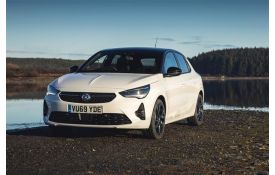